Both Henning and Morten worked over seas for years - in order to obtaining more international working experience, as well as gaining other higher competences and management skills. They returned to the family business in 2003 & 2004. Several years later, in 2012, the two sons formerly took ownership of the company. 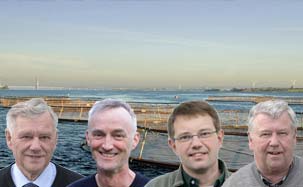 Together this family team has more than 150 years of experience within the aquaculture and seafood supply industry.